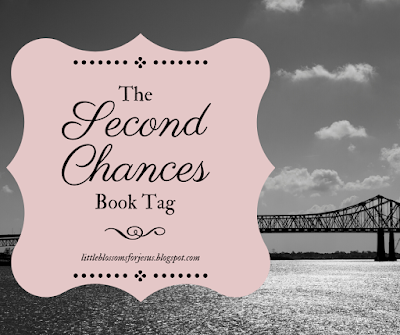 We all know I love the themes of second chances, redemption, hope… so this was such a fun tag! And I thought it was appropriate to this month. Give yourself & other people second chances, friends. <33

“With Roberts to Pretoria” by G.A. Henty. The beginning wasn’t very interesting, & I was pretty sure it would be among Henty’s duller, dragging books. But I chugged on & I was pleasantly surprised!! It was exciting, interesting, & enjoyable.
I really don’t love the cover of Livy Jarmusch’s Tales of Tarsurella. They’re just not my type at all. So the covers definitely didn’t move me in favour of them. But I gave them a try and I’m SO glad I did because I really, really enjoyed them!!
There was this one L.M. Montgomery short story about a scoundrel who was engaged to a girl. He heard people talking about how miserable her life would be with him & because he truly loved her, he decided to pretend to abandon her & leave so she could marry someone else & be happy. I was so happy with his changing but I was SO MAD that he didn’t have a second chance with the girl!!!!

Do I?? Do I!!! Alone in London, Charlie to the Rescue, Beloved, Off Course, A Tale of Two Cities, Until We All Find Home, Johnny Tremain, Enemy Brothers, The Reb & the Redcoats, The Dark House on the Moss…. yes, yes, I do, I do. <33
Everyone’s thinking Pride & Prejudice here, hm?? XP I’m saying Persuasion. Both Anne & Wentworth had to let go of some impressions & seek the other. I do know several other romances where the characters had to let go of impressions and move on, but I just can’t think of them right now….There ya go! Feel free to steal this tag. and tell me one book you gave a second chance to. 😉